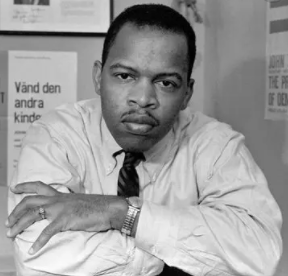 When Lewis was age 15, he learned of the Montgomery, Alabama, bus boycott led by King, Ralph David Abernathy, and other members of the Montgomery Improvement Association (MIA). The MIA led the vast majority of the African-Americans in the city in their decision to refuse to ride the segregated city buses unless they were treated more fairly by white drivers and passengers. It filled Lewis with pride to see the African American community of Montgomery acting in concert and with determination. After a year-long struggle, the bus company agreed to their demands. Continue . . .