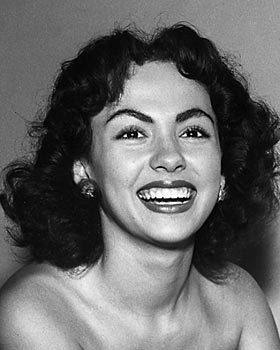 Born Rosita Dolores Alverio in Humacao, Puerto Rico, in 1931, Moreno was raised in a New York City tenement by her divorced mother, a seamstress. Despite not having much money, the child was able to take dance lessons with Paco Cansino, uncle of Rita Hayworth, who soon had her performing in the children's theater at Macy's department store and at weddings and bar mitzvahs. Initially using the name Rosita Moreno, she first worked on Broadway at age thirteen in a musical called Skydrift.  Continue . . .