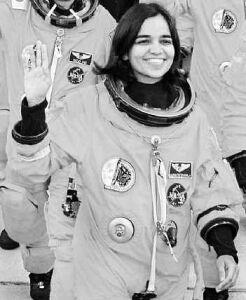 An independent child from a conservative family, Chawla was always seen as "different". She used to cut her own hair, never wore ironed clothes, learnt karate and had pictures of spacecraft on her walls. Like many Indians, she never forgot her roots, and after her first mission into space in 1997, she started a programme to bring two children from her school each year to visit Nasa. Last month sent the class an e-mail from space. Chawla was the first woman to study aeronautical engineering at Punjab Engineering College, before moving to the United States in the 1980s, where she studied at the University of Texas before taking a PhD at the University of Colorado. Continue . . .