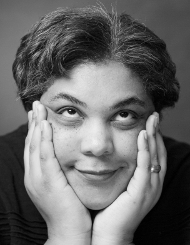 Roxane Gay is the best thing to come out of Nebraska since the 1971 Cornhuskers football team. A pop culture fiend with a feminist streak, a woman who listens to hardcore rap but still calls out Chris Brown for his misogyny, she is a walking set of contradictions and refuses to apologize for them. “I contain multitudes,” she says cheerfully, when demonstrating a bit of identity negative capability. Over the past decade, Gay has proven just how much she contains. Her essays about film, politics, sports, and books for Salon.com, the Rumpus and the Virginia Quarterly have poured out at an astonishing rate. They have proven that not only does contemporary culture still need a tireless beat cop when it comes to thinking about women’s issues and how we talk about race and racial difference: but that our patrolwoman ought to be enormously funny. Continue . . .