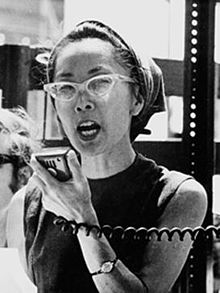 Yuri was not afraid to learn about and stand by the most radical visions of a transformed and egalitarian society. In October 1963, when Yuri first met Malcolm X, she was a middle-aged mother of six who opposed his views on integration — and told him so. But she was willing to listen and learn from him and others whose life experiences differed from her own. With intensity but surprising ease, she immersed herself in Malcolm’s world and soon adopted the politics of national liberation, struggles for land rights and self-determination. In the late 1960s, she joined the Republic of New Africa. She fiercely defended political prisoners. She supported Puerto Rican activists fighting for national independence. She visited and defended socialist Cuba and visited Peru as part of a delegation to defend the imprisoned leader of the country’s communist rebel group Shining Path. She called for black reparations alongside Japanese American redress.  Continue . . .