Juneteenth is the oldest known US celebration of the abolition of the chattel slave system, and the emancipation of enslaved African Americans in Texas. Celebrated on June 19, it became an official national holiday known as Juneteenth National Independence Day by law on June 17, 2021. 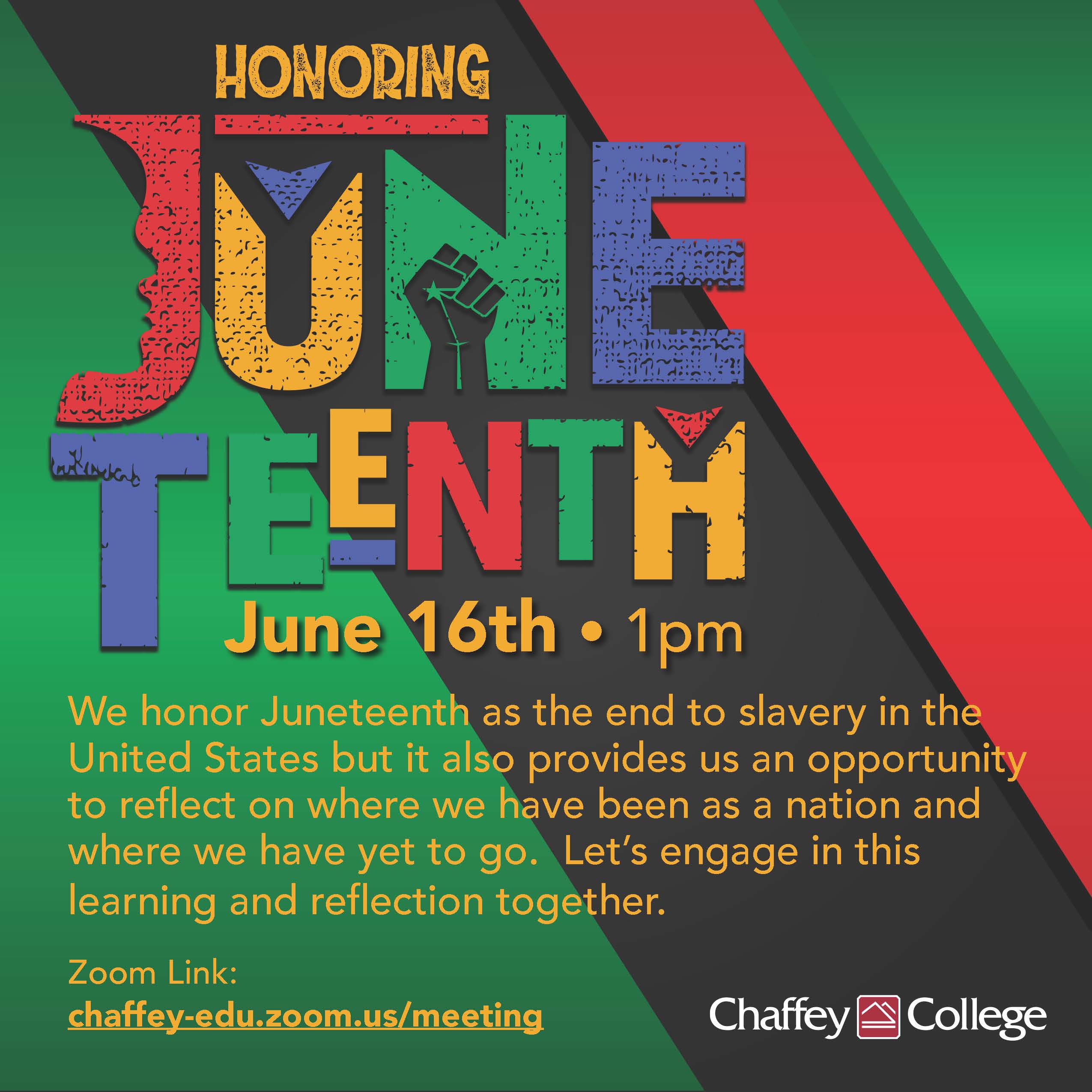 We honor Juneteenth as the end to slavery in the United States but it also provides us an opportunity to reflect on where we have been as a nation and where we have yet to go. Let’s engage in this learning and reflection together.

Juneteenth Celebration - Black Joy with Alexander James was presented by the Center for Culture and Social Justice (CCSJ) on June 17, 2021.